This year, in the spirit of giving and caring for others, Air Care Heating & Cooling, Inc. is partnering with Samaritan's Purse and by participating in Operation Christmas Child - And we hope you will join us! Operations Christmas Child brings the joy of Christmas to children of all ages, located all over the world, by sending boxes filled with everyday items and toys. Our goal is to gift 50 boxes from our community, and whatever is gifted we'll match!

In the summer of 1993, Samaritan’s Purse President Franklin Graham received a call from a man in England asking if he’d be willing to fill shoeboxes with gifts for children in war-torn Bosnia. Franklin agreed, but figured Christmas was months away. He forgot about the promise until he received a call back around Thanksgiving asking about the gifts. Franklin asked his friend the late Pastor Ross Rhoads of Calvary Church of Charlotte to see if he could help with the need. A Sunday shortly afterward, Pastor Rhoads demonstrated for his congregation how to fill a shoebox with simple gifts and encouraged them to include a letter to the child as well. Within weeks, the church had 11,000 shoeboxes lining their hallways. Due to their generosity and additional gifts from Canada, Samaritan’s Purse sent 28,000 shoebox gifts to children in the Balkans that Christmas.

Samaritan’s Purse has collected shoebox gifts filled with toys, school supplies, and hygiene items for children around the world. Since 1993, more than 178 million children in more than 150 countries have received an Operation Christmas Child shoebox. The project delivers not only the joy of what, for many kids, is their first gift ever, but also gives them a tangible expression of God’s love.

Tens of thousands of volunteers from local churches around the world partner with us to present the Gospel of Jesus Christ at festive outreach events where children are surprised with these shoebox gifts.

The mission of Operation Christmas Child is to provide God’s love in a tangible way to children in need around the world, and together with the local church worldwide, to share the Good News of Jesus Christ.

More than 9,000 year-round volunteers also get the word out about the Samaritan’s Purse project across the U.S. In addition, some 80,000 short-term volunteers serve in nearly 5,000 drop-off locations open across the country every year during National Collection Week, the third week in November. Each shoebox collected then travels to one of eight processing centers to be inspected and prepared for international shipment by 90,000 volunteers. All of this is supported by the 27,000 volunteers in our prayer network. 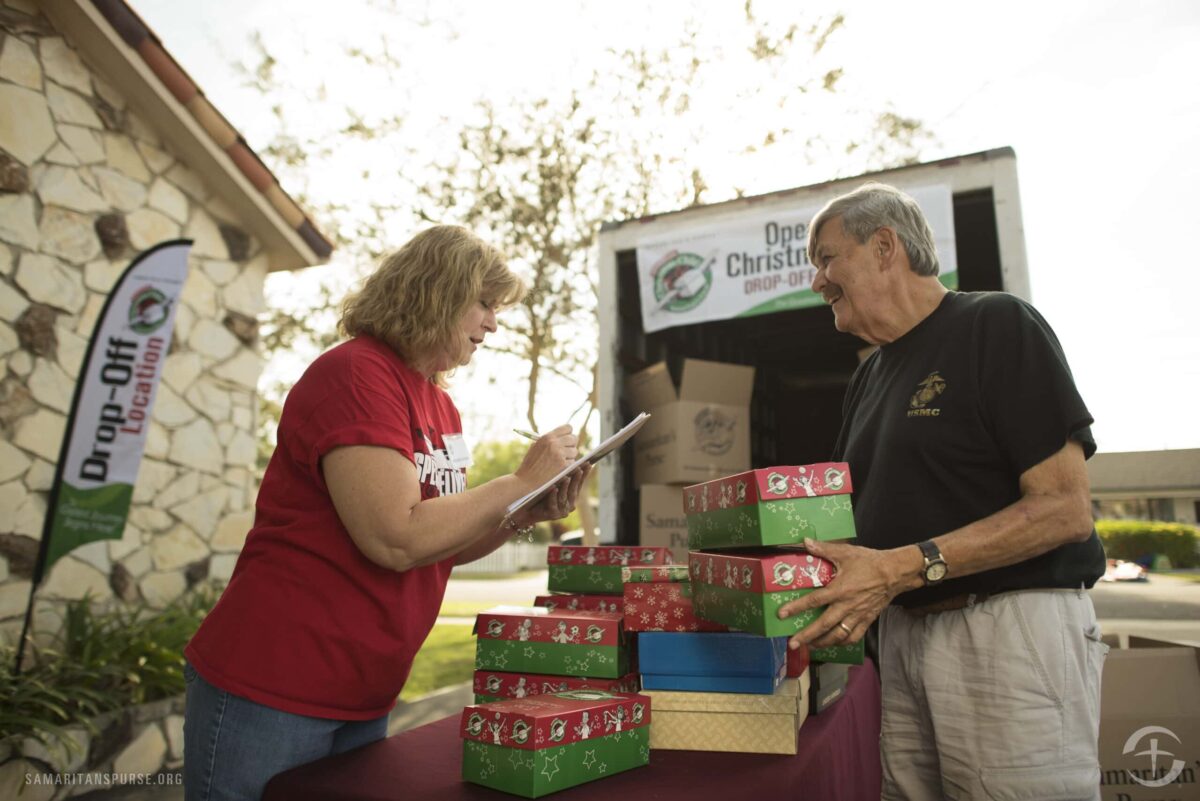 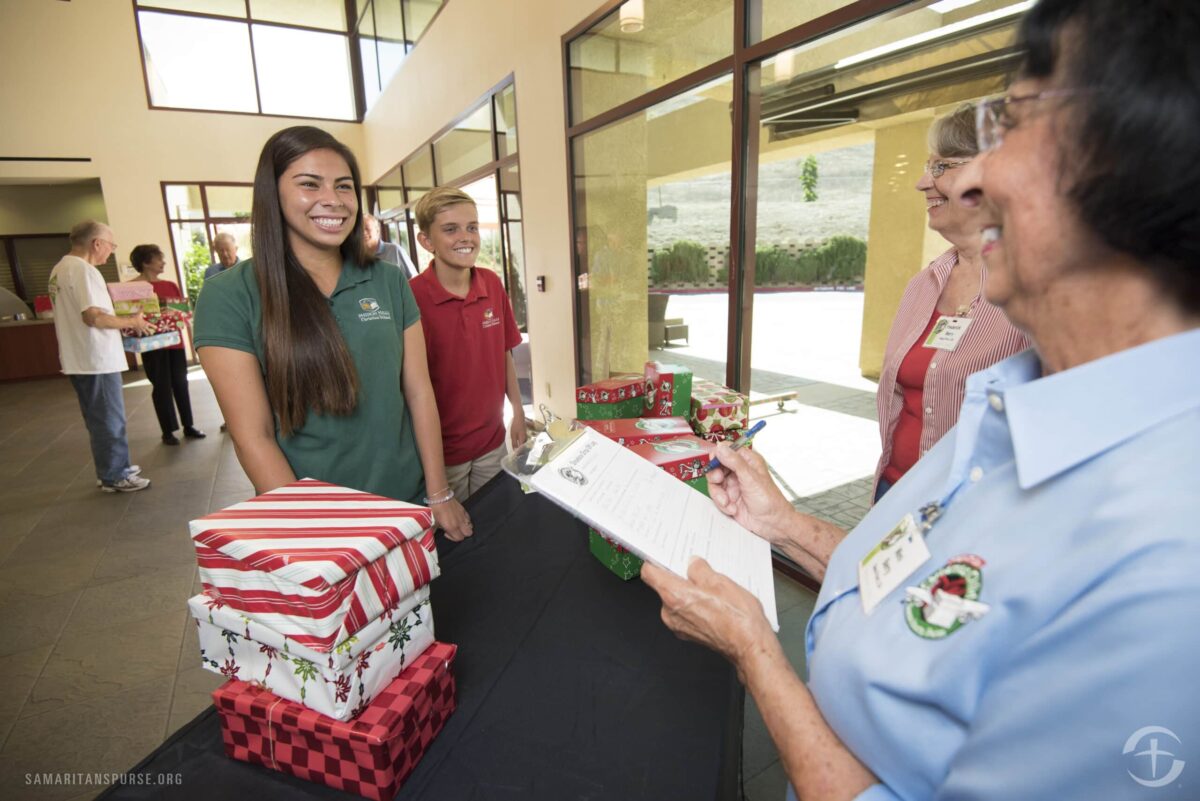